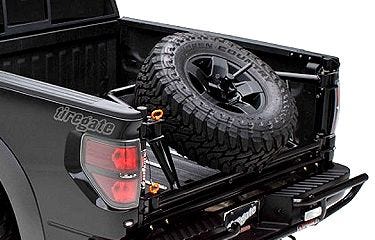 In 1996, the legendary American Automobile manufacturer Ford introduced a new series of 5-door, full-size SUVs that was named "Expedition". This is the largest SUV produced by Ford. The Expedition is based on the Ford F-150 pickup and was manufactured in three generations.

The first generation (1996–2002) was created as a replacement of the two-door Ford Bronco model. The Expedition was built on the Ford U platform and featured automatic full-time ControlTrac four-wheel drive. The first generation was equipped with 4.6 L or 5.4 L Triton V8 engine. A wide range of transmission options were available as well. The first Ford Expedition models came with 119.0 in. wheelbase, but after 1998 it was slightly increased.

The second generation (2003–2006) was released with a new design and a new four-wheel independent long-travel suspension system. The towing capacity was enhanced to 8,900 lbs (4,037 kg). This generation also featured entirely new steering, braking and electronic systems. The third generation was launched in 2007. It is built on the new Ford T1 platform and was offered with a 5.4 L Triton V8 engine. In 2014 the Triton V8 engine was replaced by a 3.5 L EcoBoost V6 engine. The new Ford Expedition comes with a refreshed design with improved interior, made by enhanced materials. The Expedition is also available with a variety of features, like: Premium Audiophile sound system with in dash six-disc CD changer, rear subwoofer, MP3 device and iPod connectivity, SIRIUS XM satellite radio, HomeLink wireless control system, tri zone automatic climate control, and many more.

If you're looking for Ford Expedition Accessories and Parts, look nowhere but TDotPeformance.ca. We carry the very best in Ford Expedition parts and accessories to ensure that your car is performing at the highest level at all times.