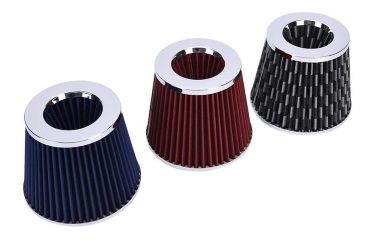 In 1997 the Japanese automaker Subaru introduced a new line of compact crossovers, called "Forester". The Forester vehicles are built on the same platform as the Impreza models. Subaru Forester was manufactured in four generations.

The third generation (2008–2013) featured a new style with longer wheelbase. The independent double wishbone rear suspension was modified as well. This resulted in superior handling and more convenient ride. Additional features, like the in-dash, touch-screen, Bluetooth compatible satellite navigation system, were also provided. The fourth generation was launched in 2014. This newest generation came with Continuously Variable Transmission (CVT) and revised, sport-oriented suspension. Both fuel economy and interior volume were improved, but the towing capacity was reduced.

During its almost 20-year history, Subaru Forester has become popular and has won several awards, including Motor Trend Magazine's SUV of the Year 2014 Award. If you're looking to add style and class to your car, there's no place quite like Automotive Stuff. We carry only the very best Subaru Forester Parts and Accessories to enhance your car's look and performance. Not only that, we guarantee the lowest prices. Top quality at an affordable price: Automotive Stuff.