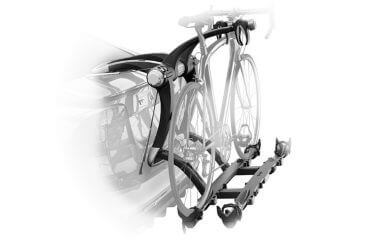 In 2002, Pontiac in a partnership with Toyota has developed a new line of compact hatchback automobiles, named "Vibe". The Vibe features 102.4 inches wheelbase and a transverse front-engine, front-wheel drive / all-wheel drive layout. Pontiac Vibe has been manufactured in two generations.

The first generation came as a 2003 model with 4-door hatchback body style. This generation was available with two gasoline engine options – 1.8 L 1ZZ-FE (LV6) I4 and 1.8 L 2ZZ-GE (LNK) I4 engine. Four transmission types were provided as well: 5-speed C59 manual, 6-speed C60 manual, 4-speed A246E automatic, and 4-speed U341F automatic transmission. Pontiac offered three trim levels: an economical base trim, an all-wheel drive mid-trim, and a sporty, more powerful GT model. Pontiac also presented a rebadged right-hand drive variant of the Vibe – it was called "Toyota Voltz" and was designed for the Japanese market, but was discontinued in 2004.

The second generation was launched in 2009. It featured new, sportier design with 5-door hatchback body style. Pontiac offered new engine options – 1.8 L 2ZR-FE I4 and 2.4 L 2AZ-FE I4 engine. The second generation was also equipped with three transmission types: 4-speed automatic, 5-speed automatic, and 5-speed manual transmission. Plus, the Vibe was provided with some new features, such as computerized traction-control and anti-lock brakes. However, the Vibe series was discontinued in 2010, because General Motors decided to cancel the entire Pontiac brand. In fact, Vibe was Pontiac's last new model.

But if you're looking to make a statement on the road, nothing beats Pontiac Vibe Accessories and Parts. At Automotive Stuff, we never compromise on quality. Our top-of-the-line parts and accessories will ensure that your vehicle is the talk of the town. So look no further than Automotive Stuff for your vehicle's peak performance.