Automotive Stuff offers the best selection of LEXUS IS250 Headlights parts on the market.

Shop by LEXUS IS250 Headlights Years 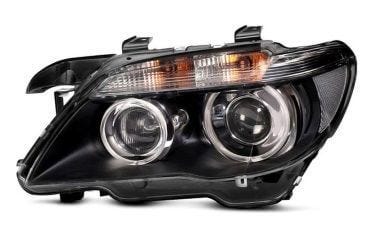 Lexus IS 250 appeared for first time in the second generation. The second generation IS series (2005–2013), just like the previous one, was built on the Toyota N platform, but featured increased wheelbase. There were two body styles: 4-door sedan and 2-door convertible. Lexus IS 250 sedan vehicles from this period were provided with 2.5 L V6 4GR-FSE engine and 6-speed AT/MT transmission (the AWD version came with 6-speed AT transmission only). The IS 250 model was also available with a D-4 direct injection system with both port and direct fuel injectors. In 2009, a 2-door convertible version was presented as well – it was named "IS 250 C" and was equipped with 2.5 L V6 4GR-FSE engine.

The third generation IS series was launched in 2013 and is based on Toyota’s new N platform. It comes with longer wheelbase (110.2 in) and two types of layout: front-engine, rear-wheel-drive and front-engine, four-wheel-drive. The new Lexus IS 250 is provided with: new grille in 3D sculpture form, "L"-formed daytime running lights, rear fog lamps, racing-style front seats and steering wheel, as well as more outstanding features.

If you're looking to make a statement on the road, nothing beats Lexus IS 250 Accessories and Parts. At Automotive Stuff, we never compromise on quality. Our top-of-the-line parts and accessories will ensure that your vehicle is the talk of the town. So look no further than Automotive Stuff for your vehicle's peak performance.