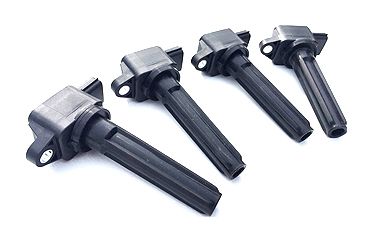 Thirty years ago the legendary American Automobile manufacturer Ford introduced a new line of cars, called "Taurus". The original Ford Taurus featured a specific design with a variety of new characteristics and innovations. As a result, Ford Taurus had a great influence on the market. This is why many experts consider the Taurus model as a breakthrough not only for Ford, but also for the whole American automotive industry. Ford Taurus was manufactured in seven generations.

The first generation (1986–1991) was designed as a mid-size car and was created to replace the mid-size Ford LTD model. The first Taurus models were based on the DN-5 platform and came with more rounded, aerodynamic form. This resulted in superior fuel efficiency. The Taurus vehicles from this period were also equipped with either a V6 or an inline four-cylinder engine. The second generation (1992–1995) featured some cosmetic modifications. Each Ford Taurus from this generation is provided with a V6 engine and automatic transmission.

The third generation started in 1996. It was built on the DN101 platform and featured a new design with more oval shape. The interior was upgraded as well – it was more user-friendly designed. The fourth generation (2000–2007) utilized the D186 platform. The design was modified again – with more conservative styling. Most oval design elements from the previous generation were dropped. Ford also made other adjustments in order to decrease the production costs, resulting in lower price of the car.

In 2006 Ford decided to discontinue the Taurus model due to low popularity and customer demand. However, several months later, Taurus has returned and a new, fifth generation has begun. Since this generation Ford Taurus has been classified as a full-size car. The fifth generation also came with a new 263 hp 3.5 L Duratec 35 V6 engine and a Ford-GM joint venture six-speed automatic transmission.

The sixth generation was launched in 2010. It comes with a variety of new features, such as all-wheel drive, cross traffic alert, collision warning, blind spot monitoring and adaptive cruise control. In 2013 Taurus was upgraded with a new front fascia, slightly refreshed rear fascia with LED tail lamps, and all-new wheel options. In 2015 Ford has announced there will also be a seventh generation, which will probably be released in 2016.

If you're looking for Ford Taurus Accessories and Parts, look nowhere but TDotPeformance.ca. We carry the very best in Ford Taurus parts and accessories to ensure that your car is performing at the highest level at all times.