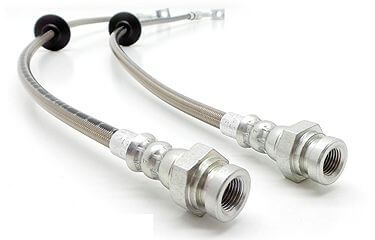 In 1990 the legendary American automobile manufacturer Ford has introduced a new series of mid-size SUVs, named Ford Explorer. The Explorer was manufactured in five generations.

The first generation (1990–1994) was available with 4.0 L Cologne V-6 engine and either 4-speed A4LD automatic transmission or 5-speed M5OD manual transmission. The first Explorers were provided with some of Ranger's features and were offered in both 3-door and 5-door body styles. The second generation (1995–2001) came with great exterior, interior, and suspension improvements. Two models were available: the 3-door Explorer Sport and the 5-door Explorer.

In 2002 the third generation has started – it featured modified design that provided better ride convenience, on-road handling, and vehicle stability. The fourth generation (2006–2010) was based on a new frame – it featured improved interior, modified rear suspension and additional power-folding third-row seats. Tire pressure monitoring system and electronic stability control were provided as well.

The fifth, latest generation was launched in 2011 and came with a unibody structure based on the D4 platform. As a result, Ford Explorer was redesigned as a Crossover (or “CUV”). The new Explorers are available with a wide range of useful features, like: push button start, remote engine start, power liftgate, power adjustable pedals with memory, dual headrest DVD entertainment system, Ford SYNC by Microsoft, Sony audio system with HD radio and Apple iTunes tagging, 20-inch polished V-spoke aluminum wheels, etc. If you seek an ideal combination of high performance and functionality, Ford Explorer is definitely the right option for you!

If you're looking for Ford Explorer Accessories and Parts, look nowhere but TDotPeformance.ca. We carry the very best in Ford Explorer parts and accessories to ensure that your car is performing at the highest level at all times.