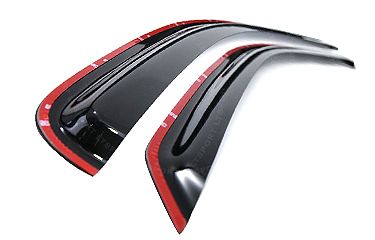 In 1983, Chevrolet introduced a new series of SUVs, called "S10 Blazer". Chevrolet S10 Blazer was based on the S10 line of pickup trucks. The S10 Blazer has been manufactured in two generations.

The first generation (1983 – 1994) was based on the GM GMT330 platform and is classified as a compact SUV. The first S10 Blazers were 2-door SUVs with 100.5 inches wheelbase, but in 1990 Chevrolet launched a 4-door version with 107 inches wheelbase. At the beginning, Chevrolet offered three types engine – the base 2.0 L OHV four-cylinder engine, a 1.9-liter I4 gasoline engine for California, and an optional Isuzu-sourced 2.2-liter diesel engine. Later, more engine options became available as well. The first S10 Blazers were also equipped with 700R4/4L60 transmission, but in 1993 – 1994 a new transmission type was provided – the 4L60 transmission.

The second generation was released in 1995. Unlike the previous models, this generation is classified as a mid-size SUV. As a result, the wheelbase was significantly increased – the 2-door Blazers had 174.7 – 177.3 inches wheelbase, while the 4-door version featured 181.2 – 188.8 inches wheelbase. The second generation came with a 4.3 L (262 cu in) Vortec 4300 V6 engine, but Chevrolet also offered a 2.2 L (134 cu in) GM Family II L4 engine for Indonesia and Brazil. Two transmission types were available as well - 4-speed 4L60-E automatic and 5-speed manual transmission. In 1998, Chevrolet S10 Blazer was upgraded with some exterior and interior modifications, such as new front grille and folding mirrors, as well as new dashboard and additional airbags. In 2005, Chevrolet S10 Blazer was discontinued, although the production in Brazil continued until 2012.

If you're looking for Chevrolet S10 Blazer Accessories and Parts, there is no place better than Automotive Stuff. We make no compromises on quality and guarantee you only the very best for your car with the best prices!