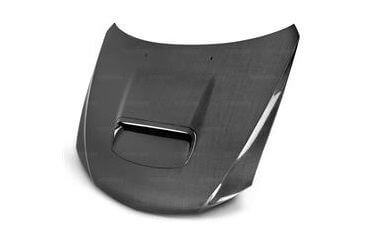 The history of Chevrolet Malibu began more than 50 years ago when Chevrolet started producing a new series of mid-size cars, named after the city of Malibu, California. Through its long history, Chevrolet Malibu has been manufactured in nine generations.

The first generation (1964–1967) appeared as a trim level of the Chevrolet Chevelle. In comparison with Chevelle, Malibu featured more luxurious interior design. Chevrolet Malibu was offered in a variety of body styles: a four-door sedan, two-door Sport Coupe hardtop, convertible, and two-seat station wagon. The second generation (1968–1972) was based on the A platform and had a front-engine, rear-wheel-drive layout. Both the interior and exterior were updated. The Malibu's design was refreshed again during the third generation (1973–1977). In 1978, Malibu has become a separate line and has replaced the Chevelle model. This started the fourth generation. The Malibu vehicles from this period came with 108 inches wheelbase and three transmission types: 3-speed manual, 4-speed manual, and 3-speed automatic transmission.

The sixth generation (2004–2008) used the Epsilon platform and was offered in two body styles – 4-door sedan and 5-door station wagon. The exterior was updated with a new front fascia design and a large grille. The seventh generation (2008–2012) featured 112.3 inches wheelbase and 4-speed or 6-speed automatic transmission. New engine options were provided as well.

The eight generation (2013–2016) was based on the Epsilon II platform. Unlike the previous generations that were sold mainly in North America, the eight generation was sold worldwide. It featured four-cylinder engines with six-speed automatic transmissions (a 6-speed manual transmission was offered only in Europe and Uzbekistan). The wheelbase was decreased to 107.8 inches.

In 2015, Chevrolet introduced the ninth generation as a 2016 model. It utilizes the E2XX platform and has a new, sleeker, yet wider design. The wheelbase was increased to 111.4 inches. The new Malibu comes with 6-speed or 8-speed automatic transmission. Three gasoline engine options are available: 1.5 L LFV I4 turbo, 2.0 L LTG I4 turbo, and 1.8 L LUW I4 hybrid engine. A variety of modern features are also provided: wireless phone charging, forward collision avoidance system, rear cross traffic alerts, a new teen driver feature, and many more.

If you're looking for Chevrolet Malibu Accessories and Parts, there is no place better than Automotive Stuff. We make no compromises on quality and guarantee you only the very best for your car with the best prices!