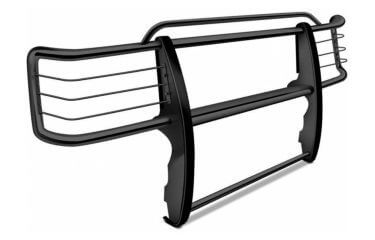 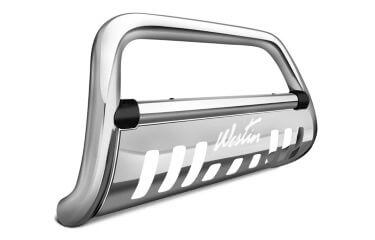 In 1999, Cadillac, a division of the legendary American Automobile manufacturer General Motors, introduced a new line of full-size luxury SUVs, named "Escalade". This was the first great success of Cadillac on the popular SUV market. Cadillac Escalade features FR or F4 layout and was manufactured in four generations.

The first generation (1999–2000) was built on the GMT435 platform and came with 117.5 in. wheelbase. The first Escalades were provided with a 5.7 L L31 V8 (gasoline) engine and a 4-speed 4L60-E automatic transmission. This generation was also equipped with nice-looking interior with leather seats. A Bose surround system was added as well.

The second generation was released in 2002 and lasted until 2006. It was built on the GMT820 platform (GMT830 for the Escalade ESV model and GMT806 for Escalade EXT). The second generation came with a 4-speed 4L65-E automatic transmission and two engine options – 5.3 L LM7 V8 (gasoline) and 6.0 L LQ9 V8 (gasoline) engine. Additional features were provided as well, such as: an improved "StabiliTrak" electronic stability control system, High Intensity Discharge (HID) low beam headlights, power-adjustable pedals and signal outside mirrors.

The third generation (2007–2014) was based on the GMT900 platform. It came with more engine choices and 6-speed 6L80 or CVT 2ML70 automatic transmission. The design was also improved, but the wheelbase remained the same. The fourth generation was launched in 2015. It is built on the new GMT K2XX platform and features an entirely new design that utilizes architecture-influenced approaches. The new Cadillac Escalade is equipped with 6.2L EcoTec3 V-8 FlexFuel engine and 6-speed GM 6L80 or 8-speed GM 8L90 automatic transmission. This generation is also available with a new coil-over front suspension and five-link rear setup. Additional features were provided as well: a wider track, variable-assist electric power steering; Cadillac's Magnetic Ride Control system with Tour and Sport modes; upgraded dashboard; the Cadillac CUE system; and improved security system.

If you're looking to make a statement on the road, nothing beats Cadillac Escalade Accessories and Parts. At Automotive Stuff, we never compromise on quality. Our top-of-the-line parts and accessories will ensure that your vehicle is the talk of the town. So look no further than Automotive Stuff for your vehicle's peak performance.